Moe on the VP: Chemistry in the West Wing

Richard Moe, who had been Vice President Mondale's chief of staff, had an article in the Huffington Post about the rise of the modern vice presidency. A nice, brief overview from someone who actually knows the topic pretty well. Here is an excerpt:

Importantly, Biden gives every indication of being beyond personal ambition and solely dedicated instead to the president's agenda. Biden's predecessor, Dick Cheney, was beyond electoral ambition but not beyond personal ambition; he established a quasi-independent power center in the vice president's office that had an ideological agenda often at odds with the president's. There has not been a hint of self-promotion or free-lancing on Biden's part. He clearly understands that a vice president's influence does not depend on his visibility; just the opposite. It's no easy thing for a senator of 36 years who prizes his independence and prominence to give it all up for an office, however important, that is totally dependent on one person's discretion to delegate -- or withhold -- power. The trade-off, of course, has been the opportunity to affect policy and events in a way he never could otherwise. 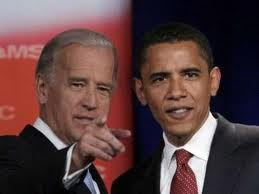 Biden got off to a bit of a rocky start two years ago, but the verbal gaffes of that period have largely disappeared and the penchant for senatorial volubility has been restrained. Although they have very different life stories and personalities, he and the president have obviously developed a good personal chemistry and thus a good working relationship. It's a relationship that depends entirely on mutual trust and in the end both principals are the beneficiaries. But the country is the real beneficiary because it has a vice president whose office and abilities are being maximized for the public good, and because he will have the experience, information and skills to assume the presidency if, God forbid, he has to. Those are the two main criteria for a successful vice president in the modern era, and Biden meets them both. Thirty years ago I thought Mondale did too, but with Obama's help Biden has taken the office several levels beyond. If they keep it up, Joe Biden is on track to become the most consequential vice president in American history.

The line that caught my attention was that Obama and Biden have "good chemistry." What does that mean exactly, not simply that they like each other, although that is important. But politicians tend to be pretty likable, it is a basic characteristic of the profession. Politicians who are described as lacking charisma are still usually at least somewhat likable in person. I remember years ago at Fenway Park my friends were razzing a bullpen denizen. One of them, who is now a successful sportscaster observed, "You know, if he pitched for our college team we'd win a lot more games."

My point is that likability isn't the issue, the personal chemistry is much more than that. Nelson Rockefeller was immensely charming and remained friendly with Ford throughout the administration, yet he had limited influence. Distilling the elements of this chemistry is at the core of my thesis.

A few initial thoughts - first the VP has to actively seek to meet the President's needs. As Neustadt observed, the President as clerk has infinite demands on his time and energy. He does not need someone else giving him something to do. At the same time, the vice president is uniquely positioned to take things off the President's plate. The much derided "funeral duty" is actually an important one. The United States needs to send an appropriate representative, but flying around the world is is a huge drain on the president's time and energy. The same goes for rallying the base. With the President's confidence, these duties can be extended. As Stephen Hess wrote in a memo to Carter about expanding the VP's role:

...resist the temptation to give the vice president any assignments that the president would not assume himself if he had the time.