With all the news about the President’s trip to India, I recall my own trip almost exactly a year ago. In fact, I went to the Republic Day parade in Delhi and it was great although I was not invited to sit with the Prime Minister (a shocking oversight.)

So India was a blast, a fascinating place and I would go back in a second. But there is a learning curve. My most recent previous trip abroad had been to Greece for a conference. Greece is no problem. It is designed for tourism, English is abundant and it was great, easy, and wonderful. Yes there was a financial crisis, but it had very little to do with us. There appeared to be protests but they seemed pretty benign (we visited one.) We saw riot police around, but usually with their helmets off and lit cigarettes - which tells me either the riot is over or they aren’t really expecting one.

First, India has the potential to turn you into George Constanza - obsessed with small amounts of money and the location of acceptable bathrooms. This is not ludicrous.

(Actually now that I think about it, there was a Seinfeld where the gang went to India and George didn’t go to the bathroom the entire trip.)

The Marble Palace in Kolkata is a fascinating visit. It is the beautiful but decaying mansion of some 19th century landowners who bought just about everything they could in Europe. There is a huge variety of European art, of a great variety of quality. To go, one either has to arrange for a special permit beforehand or pay a bribe at the door. My enjoyment of this was not complete. Having diligently stayed hydrated I needed to use the facilities. Unfortunately the facilities available were not acceptable (putting mildly). So I tried to concentrate, but I think I got a bit less out of my visit than I would have otherwise.

After that visit, I had the driver take me to a luxury hotel where I could take care of things. Regardless, lesson learned, always have a “go” strategy.

The other thing is that as a tourist everyone you might is looking to make money off of you and you tip everybody - and often prices aren’t set - so there are minimal guidelines as to how much to tip. It is always, “As you wish.”

You leave your hotel to walk around, a dozen cabbies and rickshaw drivers begin calling for your business. If you stand still for an instant, someone will offer their assistance by shepherding you to a restaurant or store that they work with. (Side note, my wife and I are not shoppers. We don’t have the money for really nice stuff and we are not interested in accumulating junk. But everyone wants you to come by their store…)

Things in India are, on the whole, inexpensive. But the constant barrage of sales makes one extra cognizant of their money and thus less welling to part with it.

One example, we went to a world renown bird sanctuary near Bharatpur (which is a couple of hours form New Delhi.) We had a terrific guide who walked about five miles around the sanctuary with us, pointing our birds and snakes. It was really pretty great. He carried around his telescope and had a trick for placing the lens of a phone on the lens of his telescope for great close-up shots. (Side note: on hearing we were from Washington DC he was very familiar with the government shut-down and had many questions about it. The world can be an oddly small place.) So it was a great tour. 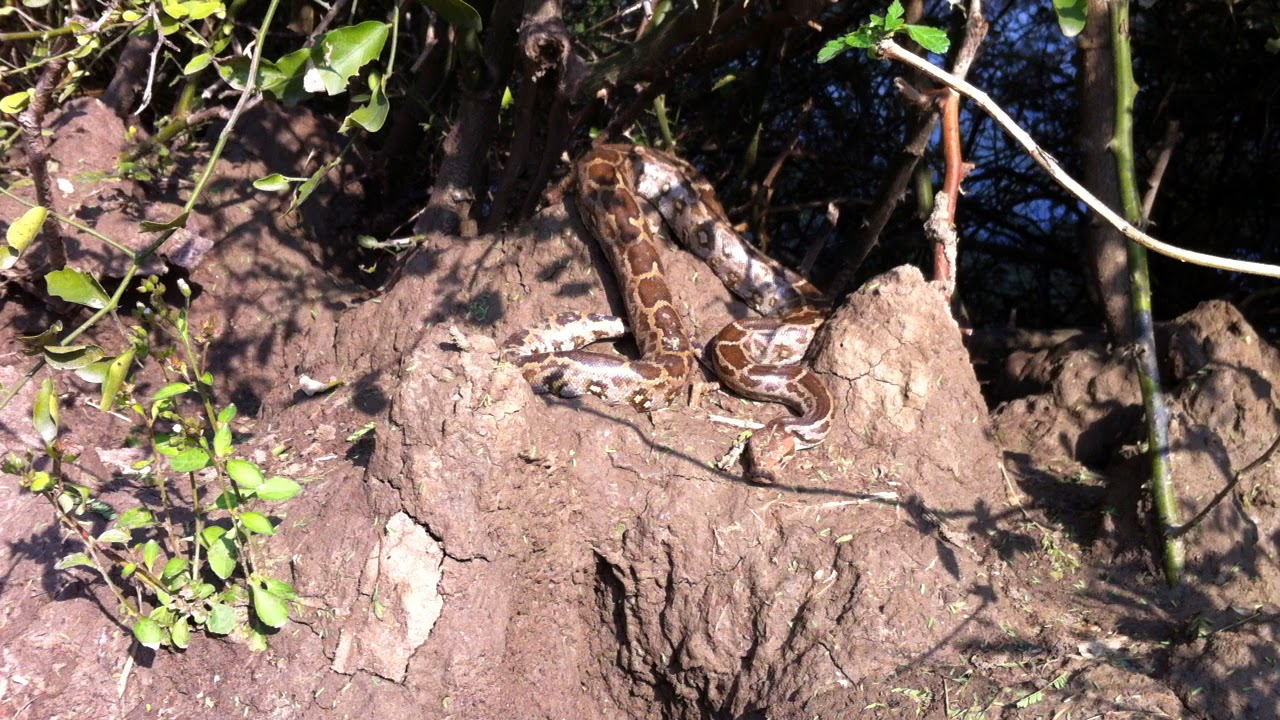 His rate was 250 rupee per hour ($4-5 dollars). So I estimated the total price would be 1250 rupee and I’d add a generous tip, maybe give him 1800 rupee for a great tour where we saw just about every bird in India (and some snakes - did I mention the snakes?) When we were done the total was 1800 rupee! He added 50 rupee an hour for carrying around the telescope and I rounded down to 5 hours while he rounded up. I gave him 2000 rupee and walked away a bit perturbed.

Which was a ridiculous way to feel! 2000 rupee at the then exchange rate was about $35 - a terrific price for a really incredible tour. But, having had people harp on me for tips and money, I was sensitive and didn’t want to be “taken.” Of course the reality was, I was going to be “taken” no matter what I did and what I paid.

That being said, the best forty rupee I spent in India was paying someone to go away. Across from our hotel in New Delhi was the Jantar Mantar, an outdoor astronomical observatory. For its time it was an extremely sophisticated laboratory which took precise measurements of the movements of the planets. I’ll be honest,I have no idea how it worked and I could read and re-read and probably never quite understand it. But it was fascinating, first as an effort to understand how the universe works and also as an odd surreal space.

An older gentleman joined us and began telling us about the Jantar Mantar. We had acquired a guide. It became quickly apparent that he was reciting to us what was on the plaques posted around the site. My wife does not brook being ripped off and we’d just been through the whole put-put shopping thing.

“I got this,” I told her. I went to our “guide” explained to him that we’d see the site on our own pace and handed him two twenties (which was worth about 75 cents.)

Overshadowing my peevishness was the flat out there is simply astounding poverty. It is on an unbelievable scale. Every tour book will advise you to avoid beggars, not even to make eye contact as that just encourages them. Of course as a Westerner you stick out and are a magnet to all of them. At the Victoria Memorial in Kolkata, waiting for my driver, a man with only one working limb (an arm) on an odd bike contraption tried to catch my eye. When I walked to another corner he followed. But I had been counseled, if I gave him money many more would come out of the woodwork. It was unbearable.

One quickly and simply has to come to terms. The poverty in India is bigger than you, it has causes that are complex and will resist simple solutions. Unless you are willing to turn your life around and become Mother Theresa, you simply have to ignore it. There is no way in your short trip that you can have the slightest impact and tossing your money around will only get you more unwanted attention. This is, unfortunately, the reality. When I spoke to Indian friends, they shrugged. They just ignore it too.

Of course Obama’s trip is a bit different than mine. The only person asking him for money was Prime Minister Modi and they have a lot to offer one another. Also, the President of the United States might be able to take a crack at helping to reduce poverty in this magnificent fascinating country. More power to him.

Andrej Matisak, the foreign affairs editor at the Slovak daily Pravda, blogs at A Stamp on the World and asked me for some of my thoughts on the terrorist attack in Paris.

His questions are in italics.

President François Hollande called the attack an act of terrorism. Without too much speculations who did it I think we can call an attack on media also the attack on freedom of speech. So in your opinion, how should media react, should there be some limits for example in depicting the Prophet?

My response is below, but you can read some other responses here:


The freedom of expression is essential to a modern humane society. While one can sympathize with Muslim anger at negative depictions of Muhammad, there is no justification for violence. Most people have objects and individuals that they venerate, but part of being a member of an open society is accepting that what one holds dear and sacred may be an object of humor or scorn to others. Free societies offer innumerable legitimate means of protest. Perhaps the most significant means of protest is to simply ignore what give offense.

Journalists and the media should stand firm and not bow before intimidation, although one can sympathize that they are worried about their safety. The story should be reported soberly and without hyperbole. These monsters were willing to kill people over some pictures in a magazine. This is a trivial reason – an excuse – for murder. That simple fact above all else should be highlighted and emphasized.

I know we should be careful to conclude anything at this stage, but what do you make out of these attacks in France? From your point of view, do you see an indication that this could be a bigger terrorist operation linked to AQAP (ISIS, maybe), perhaps even a sleeper cell (could they be more)?

My response is below, but you can read some other responses here including the thoughts of the always thoughtful Max Abrams:


We have conflicting claims that this was an AQAP operation and an ISIS operation. While the attackers were inspired by these groups, it is not clear whether or not there was external direction to this operation. It is also difficult to know if this is part of a larger plot and events could prove this analysis wrong. Nonetheless, it is unlikely to be part of a larger plot. While French intelligence was caught off-guard by these attacks, they are nonetheless highly capable organizations. Stopping a specific attack requires a combination of skill and luck. However, as events unfolded it became clear that French intelligence knew a great deal about the perpetrators. Undoubtedly, suspect associates of the perpetrators will receive visits in the next few days to forestall follow-on attacks. If there were to be more attacks, they would have been launched already. Further more attacks may not be necessary. With a relatively small terror attack, the murderers shut down a great city and threw a nation into panic. Their goal was terror, and terror is what they achieved.

Posted by Aaron Mannes at 9:28 PM No comments: