Yesterday morning (while sitting at LAX waiting for a flight) I posted in Politico's Arena on the question: Will memoir improve Dick Cheney's image?

I haven't seen the memoir yet, just the excerpts discussed in The New York Times, but that doesn't stop a pundit for punditing...

Seriously, as a student of the vice presidency, I had to jump on this one. But, rather then comment on the specifics, I tried to place the memoir in historical perspective and relate it to the evolution of the office. My response was:

It is difficult to imagine Cheney's memoirs changing many minds in the short-term. He is a polarizing figure who is loved (occasionally) and hated (quite often.) In the long-run it is difficult to say what his legacy will be. Hopefully, the seeds of a new Middle East are emerging - but the region has an infinite ability to disappoint.

A fascinating aspect to this is the relevance of the vice presidential memoir. Long considered historical footnotes, vice presidential memoirs were minor niche publications. Calvin Coolidge's VP Charles Dawes kept a diary which is available online. Dawes was, prior to the vice presidency, an enormously accomplished man (Nobel laureate, best-selling song-writer, WWI general, and founder of the Budget Office). His memoirs only confirm the office as a constitutional appendix (Arthur Schlesinger's term.)

Nixon's memoir of his vice presidency, Six Crises, kept him in the public eye and helped propel him to the presidency. Still, the attention paid to Cheney's memoirs shows how the office has emerged as a major power center within administrations.

Additionally, since obtaining influence (in the Carter-Mondale administration) vice presidents have been very cautious about getting involved in the public aspects of policy fights. Cheney broke from this tradition as well and his writing a score-settling memoir - while understandable - indicates the vice presidency is evolving into just another presidential advisor.

Part of this was self-inflicted, Dawes feuded with Coolidge. He refused to attend cabinet meetings and mismanaged the Presidents affairs at the Senate). He also attempted to actually run the Senate, and lectured Senators on the need to reform antiquated procedures. Students of Senate history will not be surprised to learn that this went poorly. 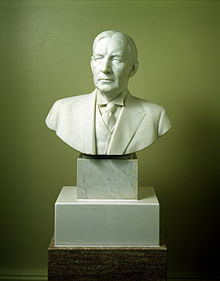 Still, Dawes was one of the most active, well-known, and popular vice presidents until recently. He was an active campaigner for Coolidge in 1924.

Dawes had some similarities to Cheney. He made a fortune in business (although Dawes did this before his public service) and like Cheney had held several key executive positions. Unlike Cheney, Dawes' first elected office was the vice presidency, whereas Cheney served in the House. But, unlike Cheney, Dawes eschewed any executive responsibility as VP. His refusal to attend cabinet meetings is particularly interesting. Coolidge had attended Harding cabinet meetings as VP and this was considered an enormous advancement in the vice president's status. But Dawes told Coolidge that he was happy to give the president advice and would personally like to attend the meetings, but felt it was a dangerous precedent. The cabinet consisted of the President's confidants, and it was possible that a future vice president who was not loyal to the president would betray this confidence.

It was also Dawes who, as Budget chief called the cabinet the president's natural enemy, because each department head was effectively a vice president of spending.

Much to think about there.
Posted by Aaron Mannes at 7:02 AM No comments:

Your faithful blogger has been busy and is currently on vacation in LA, but I did find time to craft a reply to the Politico Arena query of the day as to whether or not events in Tripoli vindicated Obama's approach to the crisis. I wrote:

Qadhafi's relatively quick collapse is a political blessing for President Obama. He allowed himself to be backed into a commitment to support Qadhafi's ouster by the Europeans (one day the Libyan intervention will be a case study on incrementalism.) Given that scenario the intervention has gone about as well as could be expected - so far. How events in Libya will develop, what kind of regime will emerge, and whether a humanitarian crisis will result are all open questions.

Barring disaster on these fronts, Obama will be able to portray this is a foreign policy success. But looking deeper, this affair is a disturbing reminder of how - as little as we would like to believe it - presidents are driven by events.

I wrote this quickly (and before I had coffee) but realistically what were the President's options. A President McCain might have voice more active support, but American resources are limited. A bit more bombing would not have made up for the initial military failings of the rebels. A more isolationist President might have tried to avoid involvement, but placing the US on the side of a particularly vicious Arab dictator would have opened the President to enormous criticism. Failure to support NATO allies (particularly considering their contributions in Afghanistan, Iraq and elsewhere - not as much as we'd like perhaps - but substantial all the same) would also have been untenable.

Finally, events on the ground matter. That the people of Libya were willing to rise up against Qadhafi is the historic achievement. Same in Egypt and Syria, without that aiding the overthrow of dictators by means short of invasion is a Sisyphean endeavor. Two quotes from British Prime Minister Harold MacMillan come to mind:

No Middle East leader is so bad that his successor can't be worse.

When asked about the greatest challenge facing statemen he replied:
Events, my dear boy, events.

Posted by Aaron Mannes at 11:40 PM No comments:

This is what I've been doing today.

I don't know if it gets me any closer to my proposal, but I like using different colored markers.

- Posted using BlogPress from my iPhone

Posted by Aaron Mannes at 3:11 PM No comments: