Taking advantage of the long weekend, I took my long-suffering wife to the movies. We watched Harry Brown, which stars Michael Caine as an aged pensioner and former Royal Marine living in a crime-ridden housing project. When his best friend, who is regularly intimidated by the local thugs, is killed Caine’s Harry Brown remembers his training and wreaks havoc. It is similar to Clint Eastwood’s Gran Torino. As an action movie and police drama Harry Brown is more exciting and Michael Caine is always a pleasure to watch – his visage shifting between formidable killer and tired old man. As a movie about people, Gran Torino is by far the better movie as we see Eastwood’s character grow and change.

Two movies hardly constitute a cultural trend, but the fantasy of old men stepping up and restoring order to a world gone mad has a deep appeal. Do we just like seeing unruly youngsters getting smacked down by their elders or is it something more? The era of our grandfathers, of WWII and the Greatest Generation has passed and we hunger both for their clear view of right and wrong and their ability to do something about it. Perhaps we feel we have lost both the sense and the capability and we yearn for our grandfathers to return and set things aright.

There was a sense of that in John McCain’s candidacy. Anne Applebaum wrote about this in The Washington Post, describing McCain as the candidate of clarity and Obama as the candidate of nuance. According to Applebaum (I can’t find the column online) we want to live in McCain’s world, but the world we actually inhabit is Obama’s. (UPDATE: There was a reason I could find the column online. It was actually by Sally Quinn - thanks Soccer Dad for the heads up.)

Two thoughts struck me about this hunger for heroic grandfathers. If we are seeking the moral clarity of past times, we are mistaken. The past is only clear when viewed in hindsight through a broken lens. As Willie Stark, prodding his old college history textbook, told Jack Burden in Robert Penn Warren’s classic All the King’s Men: 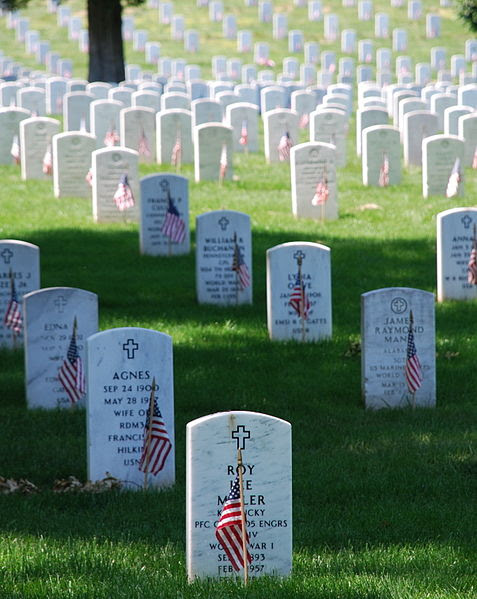 But my Memorial Day thought is that if we miss the heroes of yesteryear, we aren’t looking very hard. I honor the great sacrifices and achievements of past generations – but the current one is more than holding its own. I am thinking of the kids I went to high school and college with who chose to become soldiers and marines while my friends and I tried to find ourselves, of the servicemen I meet professionally, or of the recipients of JINSA’s Grateful Nation Award. They have done great things in terrible circumstance – all the while demonstrating their prudence, compassion, and bravery. They can hold their heads high and take their place beside the great heroes of American history.

And they are just getting started.

We should all be grateful for their service. I know that I get to write – because they fight.
Posted by Aaron Mannes at 1:34 PM No comments: