Data scientist is now officially the hip cool job. I remember laughing at the scene a couple seasons ago in House of Cards where thegenius data scientist stood shirtless in a soundproof room, blared music andscreamed as he came up with deep insights to help the Underwoods use data to win the election.

The reality is a bit more prosaic. Surveys show most data scientists spend most of their time cleaning and preparing data. They aren’t data scientists. They are data janitors. Of course a lot of science is like that (talk to anyone who has worked in a lab.)

Anyway, I’ve been hanging around people doing big data for over a decade now. I don’t write code and can’t do much math. So what am I?

There was a terrific article from Deloitte about the light quant. That is someone who knew enough data science and was a skilled communicator who could translate between the data science time and the C-suite decision-makers.

But I play a much broader role in the process than communicating results (not that that isn’t really important!) I help conceptualize the project. What are the problems people are trying to solve? This is sometimes not obvious. People don’t know what they don’t know. In discussing the surface problem, bigger problems can emerge.

I think a lot about the format and nature of the data. In many, many cases the really interesting information is unstructured or qualitative. What does it really mean and how do we best incorporate it? In some projects I have played a key role in collecting the data, but in the case of terrorism research much of the information is narrative – how do we meaningfully describe this numerically.

Then of course, when we do have results, we have to describe them and balance them against what is already known or believed.

We understand the world through stories. In addressing abstract problems, I often find myself asking for examples. At the core of the process I have described are stories. There is the story of the client. What are they saying about their workflow and challenges?

On so many interesting problems, the challenge is turning a story with fascinating details into a number or group of numbers. In my decade at UMIACS, I worked on projects modeling terrorist groups. Some things, like terrorist attacks were relatively easy to turn into numerical data (how many killed, codes for targets etc.) Other things, like information on the terrorist group’s public statements or their internal dynamics, were a bit more challenging to quantify. It is worth noting that computer scientists (and data scientists) tend to be interested in type. The analysts and SMEs tend to be interested in instance. The instance is a story, how to categorize the instance to a type without losing too much critical information is a hard challenge. The decisions about how this is done will shape the results – that too is part of the story.

When there are results, they must be considered in light of what is already known. What stories do we tell ourselves about this issue? How does the analysis inform these stories? Does it upend them, modify them, or confirm them. How confident can we be in the new findings? What are the broader organizational impacts of these findings for the client?

Making policies incorporate a combination of facts and values. Values are expressed through stories. Relying only on cold hard facts will not result in acceptable policies – values have to be part of the equation.

Answering any and all of these questions requires listening to and telling stories.

I guess I am a Data Storyteller.
Posted by Aaron Mannes at 3:42 PM No comments:

As I've mentioned elsewhere, your humble blogger is thinking a bit about technology policy issues and, in particular, robotics. So here's a little musing about the different role of the chief robotics officer (CRO) and chief roboticist.

Definitions
First, a critical definition. A robot is system using the sense/think/act paradigm. That is it takes in information about the world, can process that information (and learn from it), and then act on it. In processing the information it is using nondeterministic algorithms which is a complicated way of saying we cannot predict exactly what it will do in a given situation. It will learn from data it has collected and determine the best course of action. This is what makes robots particularly interesting - it is the difference between automated (which is predictable) and autonomous. The classic example is if a self-driving car causes an accident, who is at fault? The vehicle itself had autonomy, it may not have been the programmer's error. 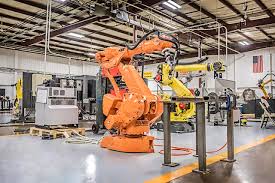 While self-driving cars and Rosie from the Jetson's are examples of robots in the public consciousness, potential items falling under the definition described above are vast. Lots of IoT. A smart home systems that took in data about people's comings and goings and the weather might learn to adjust temperature, likes etc. That would be a robot.

The CRO would be inward facing, overseeing the organization's robots, while the Chief Roboticist would be outward facing, making policy decisions facing the broader world. There would be significant overlapping expertise and in some agencies the two hats might be worn by the same person. But in most large agencies, the jobs would be very different. Consider two examples.

FDA as a Case Study
The FDA regulates drugs, medical devices, and (in conjunction with the Department of Agriculture) oversees the safety of the nation's food supply. The FDA will, as robots become more ubiquitous, almost certainly employ them in various tasks ranging from building maintenance and security, to laboratory work, and in conducting inspections. The Chief Robotics Officer will need to think deeply about establishing frameworks for purchasing robots that can best serve the agency's mission. Some of these systems will be highly specialized, say for food inspection. Others, such as custodial systems, will probably be commercial (with certain modifications.) One critical issue will be the proprietary nature of the data these systems might handle (robots are inherently big data systems). Regulating the pharmaceuticals and other industries, the FDA has access to very valuable corporate data that must be handled securely and with discretion. In short it will be a hard, complicated job.

The FDA's real role with robotics however, will be in regulating medical devices - many of which will be robots. Imagine a smart insulin pump or surgical system? The FDA's Chief Roboticist will be advising the agency on how to determine if these systems are safe and effective. As mentioned above, these are non-deterministic systems - it cannot be known exactly how the system will react in a given situation. The challenge of validating this type of system, devising a testing regime that ensures it is safe and effective. This will also entail considering cyber-security and privacy issues (among a whole host of other challenges.) In doing so, she will also be considering how this shapes the medical robotics industry as a whole.

One person might be able to do this job. But it seems unlikely. There is overlap between the skills needed (a deep knowledge of robotics) but also a lot of variation. There may be smaller agencies where one individual handles both roles. In the FDA there may not need to be a CRO - although some organizational expertise in managing the robot pool seems appropriate. But, the Chief Roboticist would play a pretty significant role as robotics played an increasing role in health-care.

Other Examples
An even more extreme case might be the Federal Trade Commission. In its mission to protect American consumers, the FTC may need to develop significant expertise in robotics and require a seasoned Chief Roboticist. (They have recruited deeply experienced Chief Technologists.) Their need for a Chief Robotics officer will be far more limited (although not negligible - robots may be useful in their investigations, for example.)

For a counter example, consider the EPA. In monitoring and protecting the environment, the EPA may run a pretty extensive fleet of robots. The Chief Robotics Officer will have a critical role in understanding the agency's mission (current events aside) and working with manufacturers to build systems to fulfill this mission. The EPA may not need a Chief Roboticist. There could be environmental concerns about the manufacture and disposal of robots (which will have all kinds of complicated parts involving rare and toxic materials). But the Chief Roboticist role will probably not be central to the agency.

Large police departments and agencies (like the FBI or a big-city or state police department) may be an example where the CRO and Chief Roboticist are equally important. Police departments may deploy robots for a vast range of issues to ensure public safety (as well as internal uses in logistics and forensics.) Because of the sensitivity of the police role, ensuring these systems operate lawfully and safely will be a critical issue. To take one example, robotic law enforcement systems may not be able to exercise the discretion that human police officers can (consider speed cameras - or don't, I hate them.) Presumably police robots will not be given access to lethal force, but establishing policies around use of non-lethal force (tear gas or restraints) will be a multi-faceted challenge. The Police CRO will have a tough job.

The Police Chief Roboticist will also have a tough gig. Robots will be damaged in crimes, gather evidence of crimes, and be used to commit crimes. Robo-forensics will be a field and it will require extensive technical knowledge but also a grasp of the legal issues. Further, police will need to make policy around robots in public spaces that could endanger or otherwise impact public safety. Can one person do both of these jobs? In a large organization that seems difficult.

Private Sector Needs
Your humble blogger does not know much about the private sector. But this framework may be apt. Consider an automobile manufacturer: the CRO would have the challenging technical role of obtaining autonomous manufacturing robots, while the Chief Roboticist would wrestle with the vast complexities around self-driving vehicles. These are two very different jobs.

Just as with government agencies, many companies may not need both positions. A hospital will need a CRO, but outward facing policies on robotics may not be an issue. Alternately, an advisory firm may not have much need for robots internally, but may develop expertise to better inform their clients.

First, I have to observe that there is another possible position: Chief Robot. This will be the senior robot in the organization, elected to represent robotic needs. This is... a long way off.

But seriously who cares? In my paper on robotics governance I observed:

If organizations are sort of giant robots, thinking through their configuration is important. What kinds of capabilities will they need? Robotics has the potential to be a profoundly transformative technology. Many organizations (public and private) will approach it in a haphazard manner. Government IT has often suffered from this approach (I imagine plenty in the private sector have as well). Thinking through these issues and developing the appropriate capabilities beforehand would only be prudent.

Finally, in response to my observation about bureaucracies being giant robots my boss wrote in the margin: "The world's slowest robot."